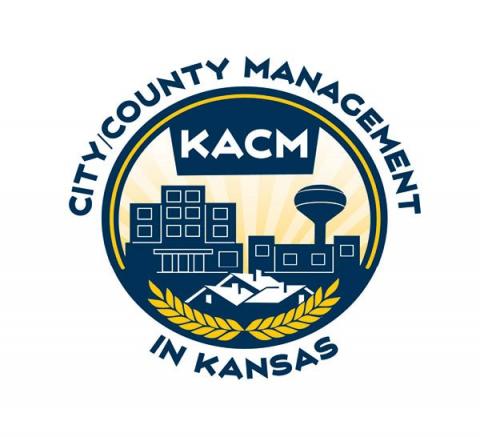 Thank you to everyone who attended the KACM Annual Conference on December 1-3, 2021 in Atchison!

Here are materials from the presentations given at the conference:

At the conference, KACM honored Kathy Sexton, City Manager for the City of Derby with the Buford M. Watson, Jr. Award for Excellence in Public Management in Kansas.

Kathy has served the City of Derby as City Manager since 2006. Previously, she served as the Assistant County Manager for Sedgwick County. Kathy received her master’s of public administration from Wichita State University in 1992. Kathy will retire from the City of Derby in December 2021.

Amy Lange was named City Manager for Concordia in January 2018. She brought a wealth of public management experience to the City of Concordia. She previously served in a variety of capacities for public organizations since 2005 including the City of Salina, Salina Public Schools, and Cloud County Community College. Amy holds a bachelor’s degree in construction science and management and master’s degree in public administration from Kansas State University.

Lucas Neece was hired by the City of Lindsborg in 2018 as the Assistant City Administrator. In that role, he was tasked with the primary responsibility for economic development. As part of his efforts, the need for quality childcare was identified as an opportunity for the community. He has worked tirelessly to oversee and passionately promote the Sprout House childcare facility in Lindsborg. Lucas received a master’s degree in public administration from the University of Kansas. He also holds a bachelor’s degree in architecture from the University of Kansas and has had multiple international experiences working in architecture, housing, land planning, and international development.

Allen Dinkel, City Manager of Junction City, was honored with the Sunflower Award for his efforts working with other levels of government in support of cities in Kansas. Penny Postoak Ferguson, County Administrator of Johnson County, was honored with the Leadership Award for the county’s pandemic response and recovery while continuing to meet other challenges in the community through innovative measures.

Jonathan Mitchell, City Manager of the City of Hoisington, was named the President of the Kansas Association of City/County Management for 2021. Nathan Law, City Administrator of Louisburg, will be the Vice President. Taggart Wall, City Manager of Winfield will serve as Secretary, and J.D. Gilbert, Ford County Administrator, will serve as Treasurer.